Drawing on the fields of economics and psychology, behavioural economics is currently one of the most popular ideas in consumer studies. This is because understanding how and why people make decisions can help to influence behaviour… which can in turn lead to an uptick in sales. 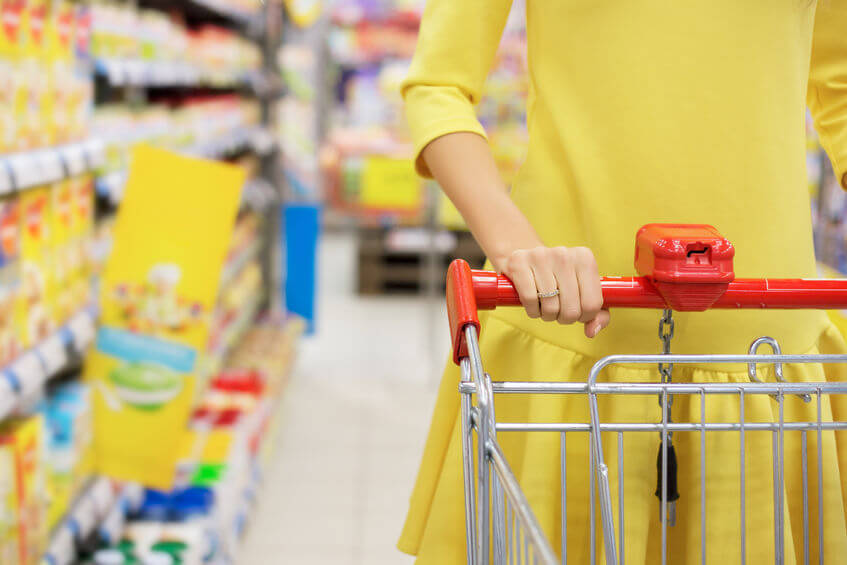 To really understand your customers, you need to understand not just what they say, but also what they do (and how and why they do it). The first one is relatively straightforward, and can be accomplished via traditional market research techniques: ask your consumers what they think, and they will tell you what they think they think. The problem with this approach is that despite what the old adage says, the customer is not always right. As any salesperson worth their salt will tell you, the challenge lies in gently nudging consumers towards a desired outcome by presenting them with the right information at the right time – all the while maintaining the illusion that the customer is in control. This is where behavioural economics comes into play. Behavioural economics uses insights from psychology to study why consumers and economic agents do what they do. It is about all the ways in which the behaviour of human beings deviates from what we think they should have done, if only they were:

Marketers have been applying behavioural economics-often unknowingly-for years. “Three for the price of two” offers and extended interest-free payment plans have become widespread because they work. Yet despite marketing’s inadvertent leadership in using principles of behavioural economics, few companies use them in a systematic way. Here we highlight five practical techniques that should be part of every marketer’s tool kit.

Retailers know that allowing consumers to delay payment can dramatically increase their willingness to buy. One reason delayed payments work is perfectly logical: the time value of money makes future payments less costly than immediate ones. But there is a second, less rational basis for this phenomenon. Payments, like all losses, are viscerally unpleasant. But emotions experienced in the present—now—are especially important. Even small delays in payment can soften the immediate sting of parting with your money and remove an important barrier to purchase.

Another effective strategy is to make customers believe that by spending now, they will be saving later. Wildside Cycles, for example, recently introduced a new scheme whereby every child bike sold came with a money-back assurance, allow ing the bike to be returned to the store within 2 years of purchase and traded in – up to its full value – for the next size up, provided it was in saleable condition. This led to an immediate increase in sales (particularly in their premium range of kids bikes), helped build brand loyalty, with the added bonus of affording them greater control over one of the biggest threats to their business: the second hand market.

2. Harness the power of a default option

There is overwhelming evidence to suggest that presenting one option as a default increases the chance it will be chosen. Defaults—what you get if you don’t actively make a choice—work partly by instilling a perception of ownership before any purchase takes place, because the pleasure we derive from gains is less intense than the pain from equivalent losses. When we’re “given” something by default, it becomes more valued than it would have been otherwise—and we are more loath to part with it.

Savvy marketers can harness these principles. An Italian telecom company, for example, increased the acceptance rate of an offer made to customers when they called to cancel their service. Originally, a script informed them that they would receive 100 free calls if they kept their plan. The script was reworded to say, “We have already credited your account with 100 calls—how could you use those?” Many customers did not want to give up free talk time they felt they already owned.

Defaults work best when decision makers are too indifferent, confused, or conflicted to consider their options. That principle is particularly relevant in a world that’s increasingly awash with choices—a default eliminates the need to make a decision. The default, however, must also be a good choice for most people. Attempting to mislead customers will ultimately backfire by breeding distrust, as evidenced by the recent backlash against commercial parenting club Bounty. The company has been accused of relying on the implied legitimacy that the Child Benefit form to obtain personal information from new parents (which they then sell on for profit), prompting one popular parenting website to launch a “Bounty Mutiny” campaign calling for Bounty representatives to be banned from maternity wards across the UK.

When a default option isn’t possible, marketers must be wary of generating “choice overload,” which makes consumers less likely to purchase. In a classic field experiment, some grocery store shoppers were offered the chance to taste a selection of 24 jams, while others were offered only 6. The greater variety drew more shoppers to sample the jams, but few made a purchase. By contrast, although fewer consumers stopped to taste the 6 jams on offer, sales from this group were more than five times higher.

Large in-store assortments work against marketers in at least two ways. First, these choices make consumers work harder to find their preferred option, a potential barrier to purchase. Second, large assortments increase the likelihood that each choice will become imbued with a “negative halo”—a heightened awareness that every option requires you to forgo desirable features available in some other product. Reducing the number of options makes people likelier not only to reach a decision but also to feel more satisfied with their choice.

Can just talking to customers about a certain attribute of the product, make them desire that attribute more? Research says YES! Consider the following study. Researchers approached customers planning to buy laptop computers at an electronics store. Half of them were asked about their memory needs, and the other half were asked about their processor-speed needs. This was not steering or leading by any stretch. Turns out, that the group that was asked about the memory needs ended up buying computers with higher memory, and those in the other group ended up buying computers with higher processor speeds. Just getting them to think about certain attributes of the product affected their decision in favour of that attribute.

Economists assume that everything has a price: your willingness to pay may be higher than mine, but each of us has a maximum price we’d be willing to pay. How marketers position an offering, though, can change the equation.

Consider this scenario at the Economist. Potential customers were given two subscription offers shown below– essentially an ‘online only’ subscription for $56, and an ‘online + print’ subscription for $125.  A large majority of people chose the first option ($56), although the second option ($125) was preferable to the publishers. They then introduced a third decoy option, that they knew nobody would prefer–$125 for print only. As expected no one chose the third option, but something magical happened! An overwhelming majority now chose the second option ($125 for online+print)! The mere introduction of this third option, made option #2 look very attractive–giving the impression that you were getting the online version for free!

The power of this kind of relative positioning explains why marketers sometimes benefit from offering a few clearly inferior options. Even if they don’t sell, they may increase sales of slightly better products the store really wants to move.

Another way to position choices relates not to the products a company offers but to the way it displays them. Our research suggests, for instance, that when shopping for baby consumables, mums look at the brand first, flavour second, and price last. Organizing supermarket aisles according to the way consumers prefer to buy specific products makes customers both happier and less likely to base their purchase decisions on price—allowing retailers to sell higher-priced, higher-margin products. For baby monitors, by contrast, people generally start with price, then function, and finally brand. The merchandise layout should therefore reflect this.

Understanding how irrationality helps shape consumer behaviour is crucial to unlocking significant growth. To find out more about how small changes to the details can influence the way people react to your brand, get in touch. We might even throw in a free pen…