A German carpenter has invented a device that he claims will revolutionise contraception, by allowing a man to turn the flow of sperm from his testicles on and off at the flick of a switch.

Clemens Bimek told Spiegel magazine the idea first came to him some 20 years ago, when he was watching a television documentary about contraception, and wondered whether it would be possible to control the flow of sperm with a simple valve.

When he discovered that no one had ever filed a patent for such a device, he decided to develop his own.

“Many of the doctors I consulted didn’t take me seriously. But there were some who encouraged me to go on tinkering and helped me with their expertise,” Mr Bimek said.

The tiny valves are less than a inch long and weigh less than a tenth of an ounce. They are surgically implanted on the vas deferens, the ducts that carry sperm from the testicles, in a simple operation that take just 30 minutes.

The switch has just two positions – on and off – and can be accessed under the skin of the scrotum. 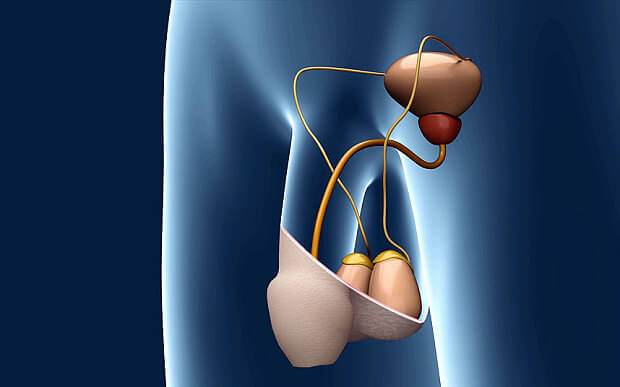 So far Mr Bimek himself is the only man who had them implanted, though there are plans to implant the device in 25 men later this year.

Hartwig Bauer, the urologist who carried out the surgery, told Spiegel the valve was preferable to a vasectomy.

“A third of patients want to have the operation reversed later, but it doesn’t always work,” he said.

But other doctors have expressed concerns over the new technology.

“My assessment is that implanting the valve could cause scarring where it meets the vas deferens,” Wolfgang Bühmann, spokesman for the Professional Association of German Urologists, said.

“This scarring could prevent sperm from flowing even when the valve is open,” he warned.

He also warned the valve could become clogged over time if left in the closed position for too long.

“Other implants made of this material have been well tolerated elsewhere in the body,” Anneke Loos, head of a testing centre for medical products in Hannover, said.

“The question is whether it will cause problems when it is implanted in this area.”

The contraceptive device, which has not yet been approved for general use, could be available as soon as 2018.