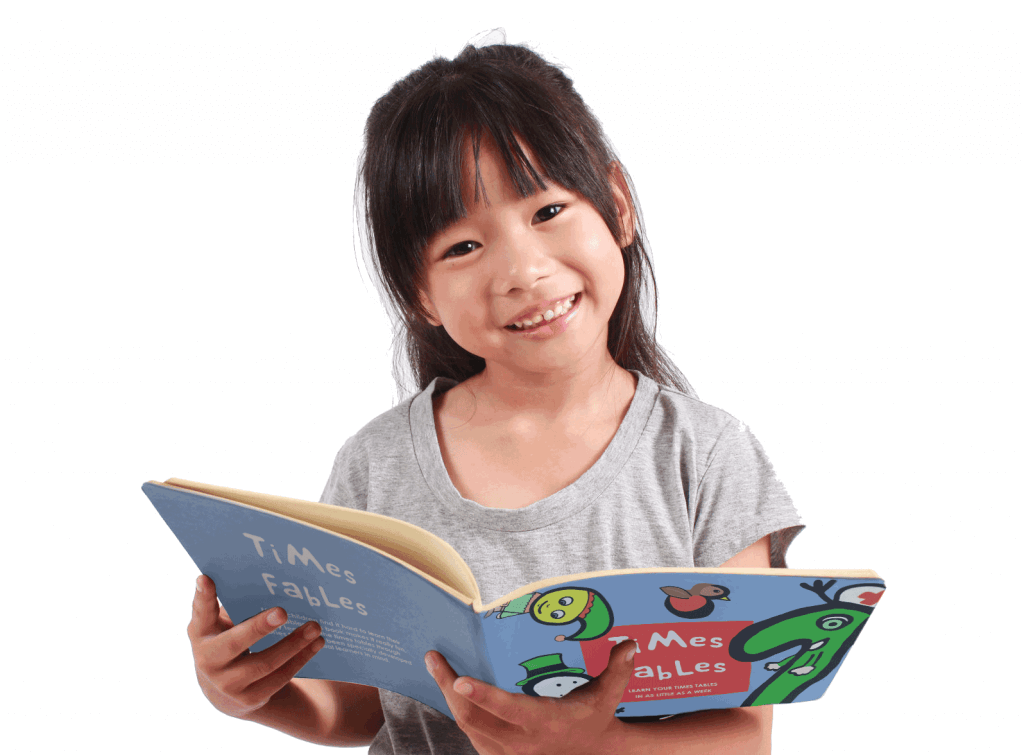 Does your child struggle with the multiplication tables? If so, this Times Fables book might help. Designed with visual learners in mind, the book aims to teach children their times tables through a series of cute little stories.

As someone old enough to remember Ford Cortinas and life before Channel 4, I can confidently tell you the answer to 6×7, and 7×8 – the times table calculations declared by mathematicians to be the hardest to recall.

I have clear memories of being asked in primary school to stand up and chant my times tables in front of my classmates on a daily basis. And it clearly worked, as I later went on to read maths at university.

Sadly, my 8-year-old does not share my enthusiasm for chanting her times tables. She did show a modicum of enthusiasm when we started singing them, but struggled to maintain focus beyond 5 or 6.

Like many parents, I have spent a small fortune on tools aimed at helping my daughter learn her tables. We’ve tried gaming apps like Squeebles, where you rescue colourful bugs from the clutches of the nasty maths monster by correctly solving multiplication problems. We’ve tried playing card games, dice games, and board games. We’ve bought colouring books where you only colour in multiples of 4 or 5, pop-up books, and workbooks. We’ve even spent an afternoon in our local coffee shop trying to make up little rhymes together to help commit the tables to memory. Ultimately though, all have failed to cement the tables in her brain, and have only served to make my daughter more convinced that times tables are just “not her thing.”

“I was skeptical at first, but it really does work. My 8-year-old is dyslexic, and has struggled a lot to learn her tables. But within a couple of hours of getting this book, she had mastered them all.”

Determined not to give up, I came up with the idea of using a story-based approach to teach the times tables. I created a character for each number, and went from there. Number 3 is denoted by a robin, number 4 is a chair, number 7 is a reindeer called Dr Sven (my daughter’s idea!), number 8 is a snowman, and so on. I then wove these characters into a simple story, with the idea being that to recall 3×4, my daughter simply has to think about which part of the story features a robin and a chair.

Lo and behold, it worked! I gave my homemade book to my daughter one rainy Saturday afternoon, and by Sunday evening, she was able to tell me that 6×8=48, simply by recalling that the six elves took Mrs Snowman’s temperature and found it was a very hot 48 degrees.

Time will tell whether the stories hold her interest long enough for the tables to become automatic, but for now, I am quietly optimistic. For the first time in her short life, my daughter is enjoying solving simple multiplication problems. She no longer fears being asked what seven eights are. And as a mathematician, that makes me very proud.

—-
Times Fables is available to purchase on Amazon Australia, and costs AUD 15.94.