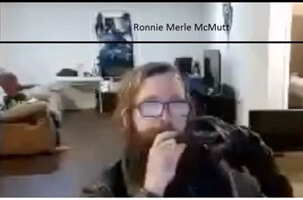 Parents are being urged to temporarily ban their children’s access to the social media platform TikTok as a live-streamed video of a man committing suicide trends.

Ronnie McNutt, an American army veteran who served in Iraq, is understood to have died by suicide when he pulled the trigger of a shotgun pointed at his head whilst broadcasting it live on Facebook.

The video has been uploaded to TikTok and other social media sites, including Facebook, Instagram, Twitter, Snapchat and YouTube. Alarmingly, there are also reports of the video being sandwiched in the middle of cute and funny cat videos, which begin with viewer-friendly footage before quickly changing to the disturbing suicide.

Parents of children who have fallen victim to the horrific uncensored footage have taken to social media to warn others, urging fellow parents to ban kids’ access to the app for the next few days.

A spokesperson for TikTok said: “On Sunday night, clips of a suicide that had been live-streamed on Facebook circulated on other platforms, including TikTok.”

“Our systems have been automatically detecting and flagging these clips for violating our policies against content that displays, praises, glorifies, or promotes suicide.”

“We are banning accounts that repeatedly try to upload clips, and we appreciate our community members who’ve reported content and warned others against watching, engaging, or sharing such videos on any platform out of respect for the person and their family.”

“If anyone in our community is struggling with thoughts of suicide or concerned about someone who is, we encourage them to seek support, and we provide access to hotlines directly from our app and in our Safety Centre.”