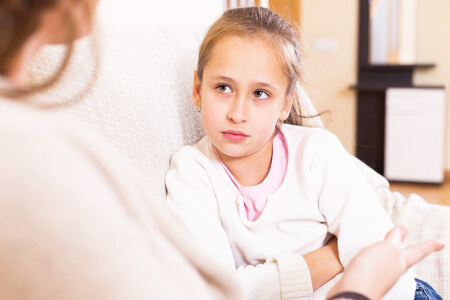 We need to normalise not the abuse itself, but rather the conversations surrounding it.

Last night, American actress Alyssa Milano put out a call on social media, urging people to reply with the words “me too” if they had ever been sexually harassed or assaulted. Since then, women — and some men, as well — have flooded Twitter, Facebook and Instagram saying #MeToo.

In the UK, 31% of young women will experience sexual abuse in childhood, according to the NSPCC. But only around 15% of those who experience sexual violence choose to report it to the police. The riskiest years are 16-19, when women are four times more likely than the general population to be victims of these crimes.

For parents of young girls, these statistics are terrifying. But what is even more terrifying is how few women – let alone young girls – tell anyone about their experience.

As parents, we drum into our children from an early age how they must tell us if anyone asks them to do anything that makes them feel uncomfortable. But as any woman who has ever been a victim of sexual violence will tell you, speaking up is a lot easier said than done.

TV portrayals of sexual abuse often show men suggesting to their victim that the abuse be kept secret. But this is rarely the case. More than 8 out of 10 children who are sexually abused know their abuser. The flipside of this is that the abuser knows the child’s temperament, and knows that the child will be unlikely to report the abuse, whether they ask them to keep it secret or not.

Some children simply don’t understand just how wrong what is happening to them truly is, while others worry about how their parents react to the discovery that one of their inner circle has committed such an act. Others are just too frightened.

Given this, how on earth do we as parents pick up on the signs that our children are being abused?

Firstly, listen very closely to any hints your child might be dropping. Perhaps they keep asking if “grandad” or “uncle Tom” will be there. Or maybe they are suddenly talking about sexual issues in an attempt to provoke further discussion. Younger children might even start mimicking adult-like sexual behaviours with toys or stuffed animal.

Other signs could include sudden bedwetting, difficulty sleeping, or a change in eating habits.

It is important that we encourage our children to tell us if their friends start acting differently or talking about anything confusing or upsetting, too. Often children will tell or hint about their experience to other children. But all too often the issue doesn’t get reported to adults due to the child’s inability to comprehend the severity of the situation.

Some schools have introduced worry boxes that pupils can post notes in, should they be concerned about something and feel the need to speak to a teacher. While this appears on the surface to be a good idea, if the “me too” campaign has taught us anything, it is just how difficult 40-something-year-old adults find it to discuss sexual abuse, let alone young girls.

Ultimately, the only way we are ever going to encourage more young women to speak out is by sharing our experiences with our children, in an open and age-appropriate way. We need to make them aware that there are men out there who do bad things.

This must be dealt with head on, ideally at the same time as explaining the birds and the bees to our children.

Most kids are well aware that bullies, and thugs exist, and that there are bad men who burgle our homes and try to steal things from us. Why not warn them that there are some people who try to touch others inappropriately, and that should this ever happen to them, they need to speak up.

We need to normalise not the abuse itself, but rather the conversations surrounding it.

We need to tell our children about what happened to us, let them know that it’s not acceptable, and that it’s ok to speak out about it.

We need to teach the issue of consent from an early age, and explain that abuse is never something to feel ashamed about.

We need to make sure that they never feel the need to simply post “me too”.