Dick Bruna, whose much-loved cartoon rabbit Miffy has sold more than 80m books since her creation in 1955, has died aged 89.

Bruna devised the character to entertain his infant son after they saw a rabbit in the dunes while on a seaside holiday.

He went on to relate the bunny’s adventures in more than 100 stories, each focusing on everyday events in a child’s life – going to the beach, to the zoo, riding a bicycle or playing in the garden.

Bruna, who always described himself as “still four years old” had an instinctive understanding of what interests and entertains young children.

The characters were drawn with the minimum of detail to leave room, as Bruna explained, for the young reader to project emotions on to the faces. 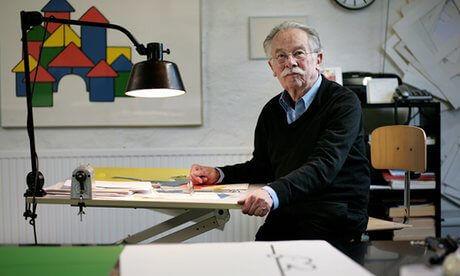 Dick Bruna was born on August 23 1927 in Utrecht, Holland. The great-grandson of the founder of a large publishing house (the Bruna name is as familiar in Holland as W.H. Smith is in Britain) he grew up surrounded by books.

During his school years, Dick developed a keen interest in art and drawing, illustrating covers for the school newspaper with Walt Disney characters. 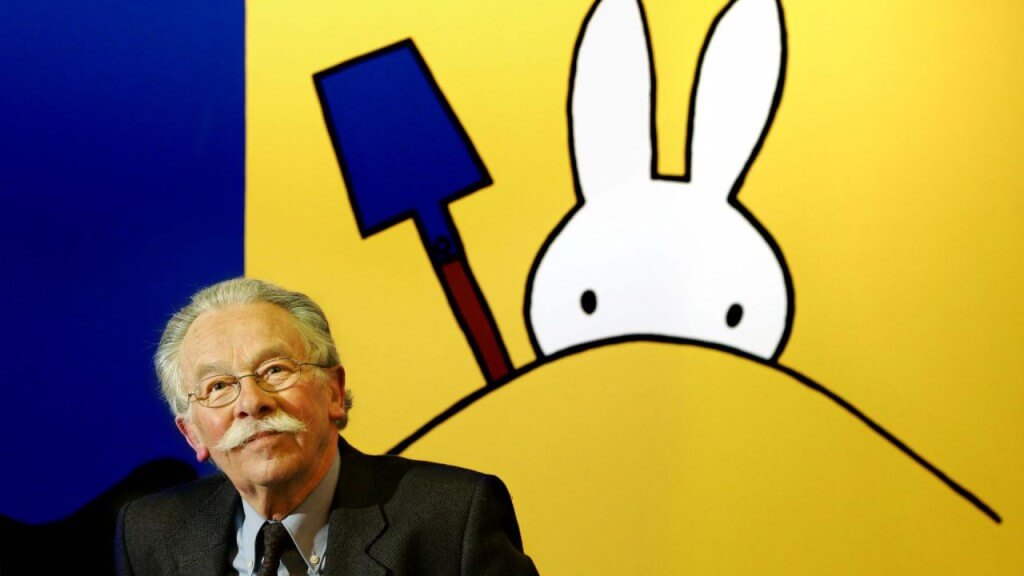 But when he was 13, war broke out and in 1943, Dick and his father were in danger of being made to work as forced labourers, so the family went into hiding and lived underground for two years in a small house by a lake. Cooped up with his parents, Bruna found refuge in drawing and writing. His first book, written for his mother, was about an orphaned child.

After the war, Bruna was sent to Paris by his father to undertake a publishing traineeship. It was during this time that he discovered the work of Picasso, Braque and his favourite artist, Matisse.

It wasn’t until the 1950s, however, that Bruna started to write and illustrate his own story books for children. His breakthrough came in 1955 on a holiday to the seaside with his wife Irene and their one-year-old son Sierk. He often saw a rabbit running around the house they had rented and began telling his son stories about its adventures. His stories and illustrations became Miffy at the Seaside, the first book in the series. Miffy was genderless until, while drawing the book, he decided a dress would complete the character, and Miffy became a girl.

Miffy was soon joined by a cast of characters including Snuffy the courageous dog, Poppy the kindly pig lady, Boris the little boy bear and Barbara his girlfriend. Over the next 50 years, Bruna churned out more than 100 titles such as Miffy at the Zoo, Miffy in the Snow, Miffy’s Bicycle and so on. Aficionados detected some slight changes in the character over the years. Miffy’s ears, pointed in the early stages, became rounded and her face smaller and more human in proportion to her body. Oddly for such an apparently simple sketch, Bruna always found her difficult to draw. Each Miffy picture was the result of hundreds of sketches to get exactly the right subtle variations in curvature of the mouth or size of the eyes to suggest emotion.

The safe world that Bruna created for children, and his ability to convey a message very simply, led to frequent commissions to draw educational posters. Among other commissions, he illustrated The Children’s Haemophilia Book for the Royal Victoria Infirmary, Newcastle-upon-Tyne, with homely pictures which explain clearly to children what happens when they go into hospital and make the experience manageable and unthreatening.

Bruna is survived by his wife Irene, whom he married in 1952, and their three children. 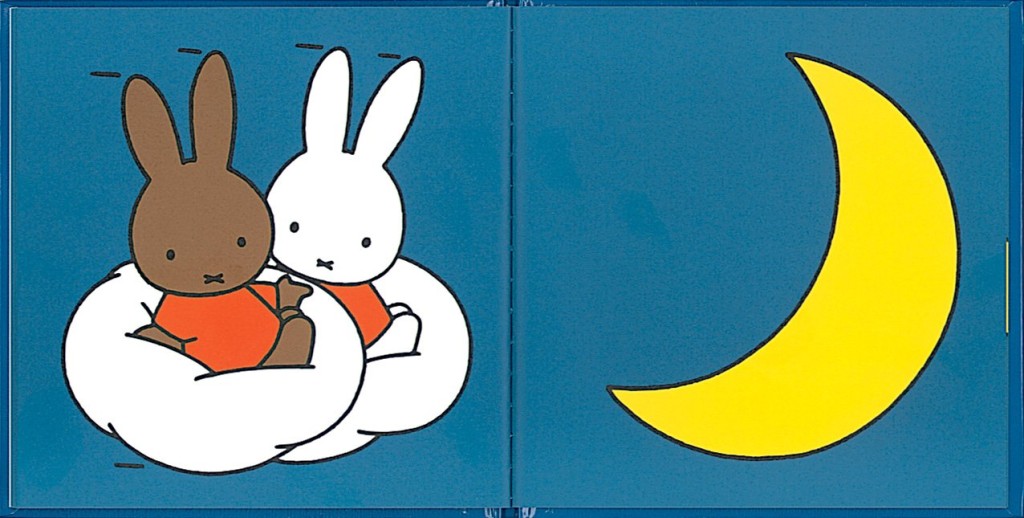