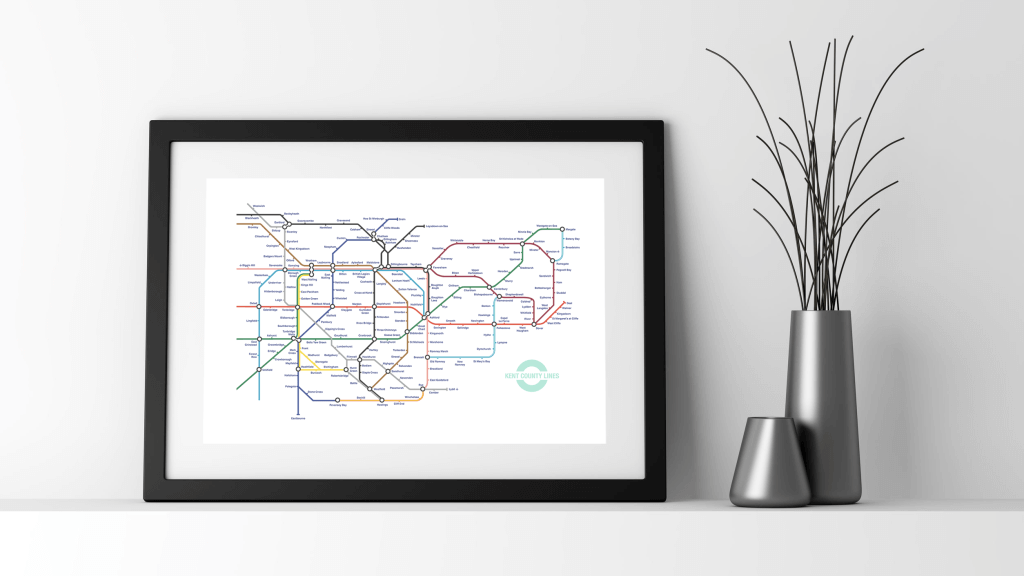 Jessie Wilson, 38, a former demographer and market researcher, originally created the map as a Christmas present for her mum.

“I’ve been giving my mum homemade presents since I was a child – something I probably should have grown out of by now,” mused Jessie, noting that this is her most ambitious project to date.

Last year she gifted her mum a book-folded birdcage, and the year before that it was a collage of her hometown of Deal.

Jessie posted the map on social media, and said she was inundated with requests from family and friends asking to buy copies.

She has since set up a website, where she is selling the prints for £25.

Although Jessie doesn’t consider herself an artist, she says she loves making things, especially with her 7-year old daughter, who is following in her mother’s footsteps, winning her school’s art trophy last term.

Jessie and her daughter aren’t the only creative members of the family, either.

Two years ago, Jessie’s mum Patricia went viral with a series of knitted dolls of prominent politicians that she created ahead of the 2015 General Election.