Hum na Sutli, a Croatian town inhabited by just over 5,000 people, has unveiled what has been billed as the world’s first breastfeeding bench.

According to Croatia Week, the municipality of Hum na Sutli is the first place in the country to debut the breastfeeding bench, which doubles as a changing station.

There is even a shaded cover so mum and baby are protected from the sun while using it. Of course, the bench could be just as useful to bottle feeding parents who need to feed or change their baby while out and about.

The bench was designed by a Croatian breastfeeding support group, HUGPD, who worked with the city council to have the bench financed and installed during World Breastfeeding Week, which took place at the beginning of August.

HUGPD told Croatia Week that in creating the bench, they wanted to emphasise that breastfeeding is normal and that “women should not be ashamed but proud to breastfeed their babies, regardless of the time and place.” 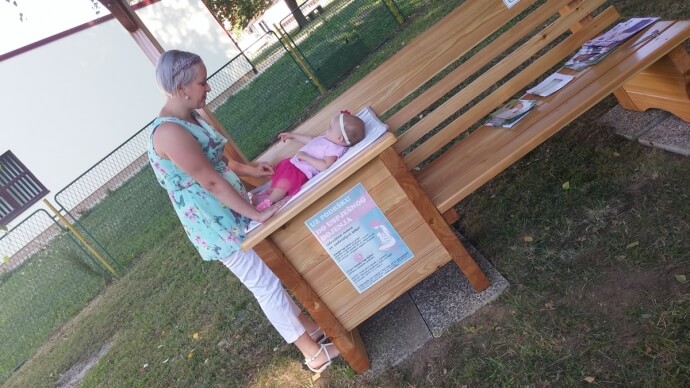