When Imgur user benjaminknight spotted this Dory night light, he thought it would make an ideal present for his friend’s daughter.

But when he got home and turned it on, he had second thoughts.

“Bought this cute Finding Dory lamp to give to my friend’s daughter… almost gave me a heart attack when I brought it home and turned it on.” 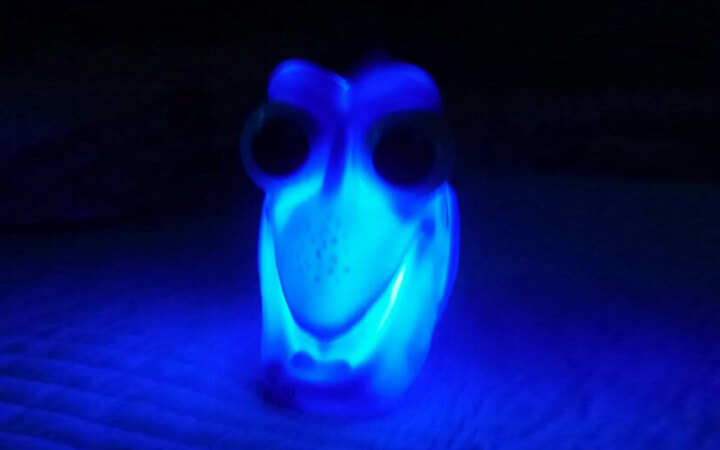 The lamp is being marketed to coincide with the release of Finding Dory – the much anticipated sequel to the 2003 Disney/Pixar film Finding Nemo.

Reviews for the film thus far have been largely positive. The Telegraph’s Robbie Collin says it “navigates tricky emotional territory with a perceptiveness and tact that isn’t just great storytelling, but could be a real comfort to parents and children alike.”