Research by the University of West London has shown that some popular online games can be ‘significantly’ damaging to young girls’ body confidence.

The study asked a group of 40 eight and nine-year-olds from south-west England to play a free game hosted on Friv.com called Dream Date Dress Up, which requires players to tailor their look to a virtual character’s liking.

Another 40 were asked to play Penguin Diner – a game on Friv.com where the focus is not on the appearance of the characters.

The children were then shown a selection of silhouettes and told to identify which body shape was most similar to their own, and which they thought was most desirable. 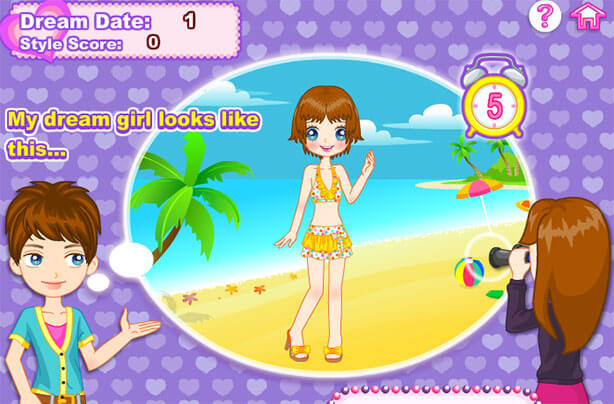 Whilst both groups mostly selected a slimmer figure, those who had played Dream Date Dress up demonstrated a far greater preference for the thinner body types.

‘This is concerning because we know that girls who have body dissatisfaction at a young age are more likely to experience ongoing concerns when they grow up,’ Dr Amy Slater, a senior research fellow at the University of West London, explained.

‘Body dissatisfaction is known to be a risk factor for lowered self-esteem, disordered eating and depression.’

‘A game like that is sending a fairly blatant message for young girls that they need to change their appearance in order to be appealing to a boy, and that you need to focus on your appearance to be attractive to the opposite sex.’

‘Young girls of six, seven, eight, nine and 10 are the target audience for this game. Do they need to even be thinking about how they would prepare to go on a date, and how they can make themselves look cute?’