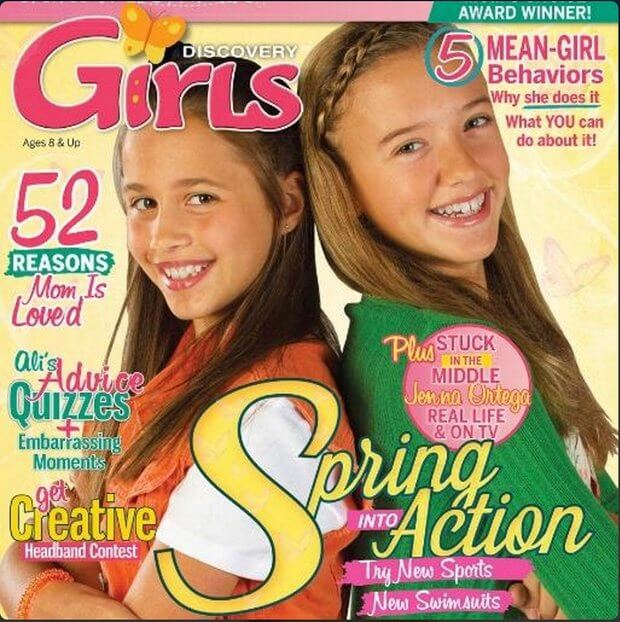 The publisher of a US magazine aimed at 8- to 12-year-old girls has apologised for a recent swimsuit spread offering tips on selecing the right bathing suit based on body type.

The two-page article, which was featured in the April/May issue of Discovery Girls magazine, asks young readers to evaluate their bodies, deciding whether they’re “curvy up top”, “straight up and down” or “rounder in the middle.” 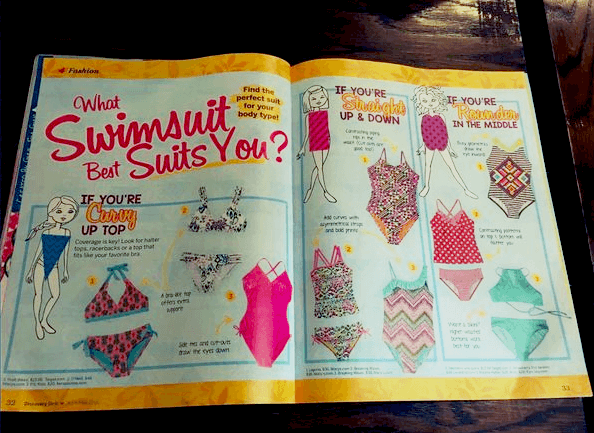 Tween girls who are “curvy up top” were advised that “coverage is key” and they should opt for a one-piece with side cutouts or ties to “draw the eyes down”.

“If you’re straight up and down,” the article went on, girls should “add curves with asymmetrical straps”.

Big block patterns were offered for those “rounder in the middle” – all under the headline: “What swimsuit best suits you?”

The magazine’s publisher, Catherine Lee, issued an apology on Facebook yesterday morning, saying she’s “been a loss for words for days” and is “in total agreement” with the criticism.

“It’s still hard for me to believe that an article so contrary to our magazine’s mission could have been published on our pages,” Lee explained. “The article was supposed to be about finding cute, fun swimsuits that make girls feel confident, but instead it focused on girls’ body image and had a negative impact. Nobody knows better than Discovery Girls how impressionable our girls are at this age and we are ALWAYS mindful of this.”

Lee went on to explain that she published a book in 2013 called Discovery Girls Guide To Growing Up: Everything You Need to Know About Your Changing Body, which promotes positive body image. The book was inspired by the “hundreds of thousands of letters over the years from girls sharing their insecurities about their bodies,” Lee said.

As for the criticism of the piece, Lee encourages it. “We want to make sure that our girls know that any article that makes you feel bad about your body is not a good article, and should be questioned,” she said.