When a set of twins came out looking nothing alike, the family suspected there had been a mix-up in the hospital nursery. As they grew, their striking differences in appearance became harder and harder to ignore: One had thick curly hair, while the other’s was straight and thin.

Responding to pressure from family members, the parents decided to have the twins tested to see what was behind the differences in their looks. Lab results confirmed that the truth behind the Vietnamese boys’ contrasting features was even stranger than what the family had originally suspected. Although the brothers were born at the same time to the same mother, the test results revealed that the twins were conceived by sperm belonging to two separate men, in a rare occurrence known as heteropaternal superfecundation.

It happens when a woman’s eggs are fertilised by two men within a short period of time.

“This is rare not only for Vietnam, but for the world,” said Le Dinh Luong, president of the Genetic Association of Vietnam, the organisation responsible for carrying out the genetic testing, adding that the family have been surprised by the news, but are looking at the best way to deal with the situation. 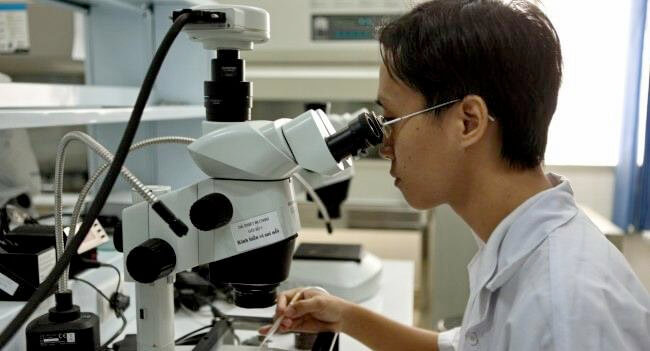 There are thought to be about 10 sets of bi-paternal twins worldwide, including one in Poland, one in Spain, two in India and two in the US.

Last year a New Jersey judge ruled that a father would only have to pay child support for one of his twin girls because the other was not biologically his own.